Like many Norwegians he was a fisher as well as a farmer in Norway. Yet when he moved to Canada, he settled in Saskatchewan, as far from the sea as you can get in Canada, but good farming land.

One of the reasons given in an article on the move of many Minnesotans to Saskatchewan was the opportunity to have enough land that your family could be with you. This was perhaps a reason for Jorgen. Though his children were adults by the time he moved to Saskatchewan (the youngest being 18 at the time), six of his children eventually moved there with him, only three remaining in the US.

For my business site, please click the button below 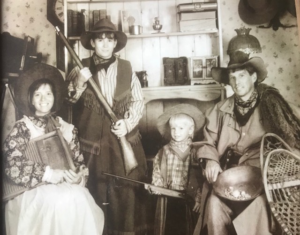